Employed or not, that is the question

The Scottish domestic rugby campaign is well under way, in what might well be the last season where we can watch our top amateur players and clubs perform for the love of the game.

From 2019/20, the much-debated “Super 6” tournament is launched by the SRU, with the proclaimed aim of bridging the skills gap between the professional franchises at Glasgow and Edinburgh and the current premiership teams.

Among various proposals are for each of Melrose, Heriots, Boroughmuir, Watsonians, Ayr and Stirling County to form elite squads of 35 semi-professional players, backed by full coaching and support staff. Teams will play each other three times, with the remaining fixtures to be cross-border, against English or Welsh league clubs.

This new set-up does pose a number of interesting legal issues for both the clubs, and those selected for one of the franchises. The principal issue will be the legal status of these players and coaches, and whether they will be employees, workers, or still amateur volunteers.

Employee status is the hot issue in employment law currently, with the cases of “Pimlico Plumbers Ltd and Mullins v Smith UKSC29 and “UberBV and Other v Aslam” attracting widespread attention by bestowing worker status on individuals previously thought to be self-employed. With worker status meaning access to holiday pay, National Minimum Wage (NMW) and minimum rest periods, the impact on employers has been huge.

While the rugby franchise documentation makes interesting reading, it is clear that players are to be offered “contracts”, initially for fixed 9-12 month periods. They will not be paid a salary, but a “fee” for training or playing. They will not be allowed to play competitive rugby for anyone else and will be with their clubs at least 4/5 days a week for training and matches.

Taking the test in Pimlico, which concentrated on the “tight control” element of the relationship, it seems that these 250 new professionals will indeed be at least workers, if not employees.

Rugby bosses would be wise to have a careful look at the consequences of this when they come to their budgets for next year. While the SRU has promised minimum funding of £137,500 for each team per annum, with at least 50 per cent of that to be matched by the clubs, a budget of around £250,00 to run a semi-professional franchise is going to be tight.

While there is a salary cap of £12,500 per player, the average player will probably be paid half of that but be “working” for 18 hours a week. Even taking into account lower NMW rates for those under 21, it would seem that complying with the minimum wage requirements here will be difficult.

But many other employment benefits are then required. Players will be entitled to paid leave, as above. Each player will presumably be required to be auto-enrolled in a pension scheme, creating greater costs for the club. Employer Liability insurance will need to be increased, along with employer NI contributions.

Perhaps one of the most interesting scenarios will involve the mooted games against clubs in England or Wales. If say, Stirling County are travelling back on the bus overnight from playing Cornish Pirates, will the travelling time be “working time”? The case of Royal Mencap Society v Tomlinson-Blake 2018 EWCA looked at the issue of “sleeping time” in the context of care workers, and found they are only to receive NMW when “actually working” and not asleep. While this may be a temporary relief, the case may well proceed to the Supreme Court.

From the player’s perspective, a move into professional sport which may be their livelihood will mean a consideration of issues perhaps were not taken seriously before. Players should look at making Powers of Attorney, given the fact that serious injury, while rare, does happen. Legal expenses Insurance should be considered for claims, and even insurance for medical and dentistry might be on their wish-list for employee benefits.

They should also make themselves aware of the protections against discrimination and unfair dismissal, albeit the initial one-year fixed term contracts seem designed to defeat any such claims.

While the move to Super 6 will hopefully lead to an increase in skill level and ultimately a better Scotland team, it may be that both employers and employees will look back fondly on a time when players played for a pie and a pint, without the legal complexities.

The above article appeared in The Scotsman on Monday 10th September. Click here to view article. 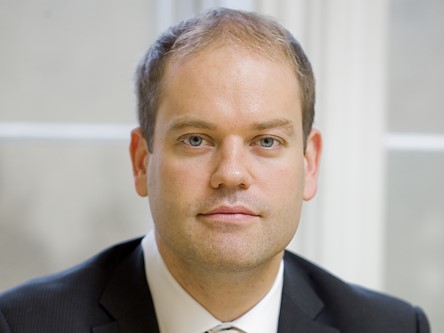