The Supreme Court has refused appeals by siblings challenging legislation which did not allow them relevant person status in a children's hearing.

Last month, The UK Supreme Court dismissed two similar appeals by siblings who sought to challenge the Children’s Hearings (Scotland) Act 2011 on the basis that it did not afford them “relevant person” status as part of Children’s Hearings. However, in doing so, the Supreme Court affirmed the importance of siblings and the need to involve them in decisions made by such Hearings.

The appeals concerned the role of siblings in the procedures by which Children’s Hearings make Compulsory Supervision Orders – or “CSOs” – under the 2011 Act. A CSO is an order which may direct where a child is to reside and with whom they are to have contact. Under the 2011 Act, certain persons have or are deemed to have “relevant person” status in relation to a child, a status which confers the right to be notified of, and an obligation to attend, any Children’s Hearings in relation to the child.

There are also ancillary rights conferred by that status, such as access to papers; a right to make submissions; and a right to seek a review of any CSO. In terms of the 2011 Act, a person is deemed a “relevant person” if they have or have recently had significant involvement in the upbringing of the child concerned. That would not include a sibling in most cases.

In this case, “ABC”, a 16-year-old, has a younger brother whose contact with ABC is regulated by a CSO. ABC is not a “deemed relevant person” in relation to his younger brother, which led him to argue that the relevant person scheme is incompatible with his right to respect for family life in terms of Article 8 of the European Convention on Human Rights (ECHR) and is therefore outside the legislative competence of the Scottish Parliament.

Separately, “XY”, who Balfour+Manson represented as Edinburgh agents, is a 24-year-old man with three younger sisters, all three of whom are subject to CSOs. XY applied to be deemed a “relevant person” for his sisters but, despite initial success, he is no longer deemed to be a “relevant person” for any of them. Consequently, he argued that the provisions of the 2011 Act governing the grant and removal of the “relevant person” status are not compatible with his Article 8 rights, nor his right to a fair hearing under Article 6 of the ECHR. XY argued that those provisions are therefore not within the legislative competence of the Scottish Parliament unless they can be “read down” under the Human Rights Act 1998 to permit a sibling to be deemed a “relevant person”.

Both appeals were rejected.

A fuller narrative of the background to the appeals is contained within the Supreme Court’s Judgment, which is available here.

The law behind this

In dismissing the appeals, the Supreme Court concluded that Article 8 does not require public authorities to grant “relevant person” status to a sibling who has not or has not recently had a significant involvement in the upbringing of the referred child. Particularly because there are a range of measures which can be used to ensure that the relevant public authorities comply with their duty to act compatibly with the Article 8 rights of family members who are not “relevant persons”. Examples of those measures are not only included in the Judgment but helpfully summarised within the Supreme Court’s press summary, which is available here.

The Supreme Court decided that, taken together, these measures allow Children’s Hearings to show respect for the family life of those who are not entitled to “relevant person” status, provided that Hearings are conducted in a practical and sensible manner and in line with the guidance of the Principal Reporter and Children’s Hearings Scotland.

Accordingly, in answering the appeal points specifically, the Supreme Court held that the relevant provisions of the 2011 Act are within the legislative competence of the Scottish Parliament, and again the Court’s reasoning for this is helpfully summarised within the Supreme Court’s aforementioned press summary.

What does this mean?

This is an important decision, and even though the appeals were dismissed it is hoped that the decision will nonetheless enable young people – such as ABC and XY – to have their rights protected, particularly by ensuring that the Children’s Hearings system operates in a way which is compatible with the right to respect for family life enshrined in Article 8 of the ECHR.

If you are seeking advice on a referral under the 2011 Act or are seeking more information about the Children’s Hearings system or the Supreme Court’s Judgment, please contact a member of our Family Law Team. 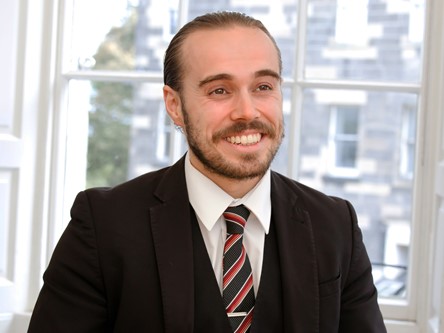