The post-pandemic picture for commercial property is far from clear

The impacts of more than a year of Covid-19 shutdowns and restrictions are there for all to see in our urban centres. The longer-term effects are still challenging to assess – but it would be surprising if the pandemic did not change demand for commercial property.

The impacts of more than a year of Covid-19 shutdowns and restrictions are there for all to see in our urban centres. The longer-term effects are still challenging to assess – but it would be surprising if the pandemic did not change demand for commercial property. However, assessing the future with any certainty is very difficult, and a large element of guesswork still needs to be deployed.

In those long-ago pre-Covid days, it was office occupation that drove demand in the centre of cities including Edinburgh. We were already seeing space per head being gradually reduced, but there was expansion in space overall – and more people in the city centre meant more ancillary services, from sandwich and coffee shops to top-quality restaurants and a wide variety of retail outlets.

Looking past the temporary enforced reduction in office occupancy because of continued social distancing, it seems likely that considerably fewer people will be working five days a week in city centre offices in Edinburgh after the pandemic than were before it.

The overall sense seems to be that people will prefer to work elsewhere (not necessarily from home, as ‘location-free’ is the new buzzword) for at least two or three days each week – and many employers will be happy for them to do this. Some organisations are clear that remote working can increase productivity. Others want the creativity they feel comes from working together in the same physical space – including some IT companies that have been leaders in remote working. Some offices will close completely, others will stay the same and most will probably be somewhere in between. It is likely to take a few years before a new equilibrium is reached.

But whether there are 20 or 40 per cent fewer people in the city centre each week, and whether space per head will require to go back up again, there will be consequences for those ancillary services. Lowering rents for restaurants might attract start-ups and challenge established multiples. People working at home might drive demand for more of these ancillary services in specific neighbourhood locations, rather than city centres.

There are still many areas where I think it is unclear what the long-term effects of the pandemic, and its impacts on how we live and work, will be. In Edinburgh city centre, will we see like-for-like replacements over time, or a return to more residential development in places like George Street? Is that more likely as the east end of the city centre is redeveloped around the new St James Quarter, with a focus not just on retail but on ‘experiential’ city centre use?

Some of the 50-odd empty retail units around Princes Street, George Street and Rose Street might be vacant because of occupiers’ planned relocations to the new St James Quarter rather than the pandemic.

In Edinburgh, more so than other urban centres in Scotland, the speed at which tourism returns (or doesn’t) will also be highly relevant to what happens next.

There are many other unknown knock-on effects. For example, if people commute fewer days each week, how many will be prepared to increase their journey time on the days they do come to “the office”, to live in a larger house? Will less commuting mean fares increases are necessary to cover fixed costs?

What will be the effect of this changed working pattern on climate change? With public transport less intensively used, and more homes being heated during the day, might there be an adverse effect on our ability to hit legally binding emissions targets?

Will this halt the long-term decline in towns compared to cities? Or conversely, will the increase in time spent in our home towns and neighbourhoods during the pandemic see an increase in the range of options available at a local level – and see people continue to spend their time and money in their communities

Uncertainty is always interesting for transactional lawyers – our clients make different judgements, which makes a market. Perhaps in a decade, we will know how correct our post-pandemic predictions were, but we know already that it will take time for the true picture to emerge.

This article was first published in The Scotsman on Monday 19 April. 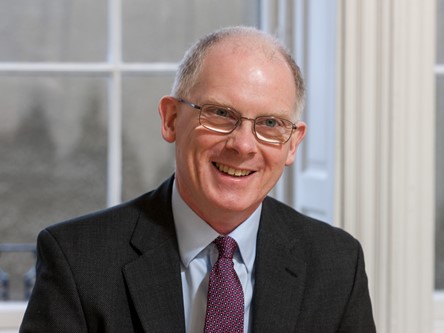