What exactly did the doctor order?

When weighing up the evidential strength of medical records, lawyers often say that if it wasn’t written down, it didn’t happen. But simply because something has been written down at the time, must it be absolutely accurate and exempt from challenge?

When weighing up the evidential strength of medical records, lawyers often say that if it wasn’t written down, it didn’t happen. But simply because something has been written down at the time, must it be absolutely accurate and exempt from challenge? Is the absence of a record proof that a particular issue was not mentioned by a patient?

Not necessarily. It is always going to be difficult to convince a judge that contemporaneous medical records are inaccurate; however, this issue has come to light in several medical negligence cases over recent years.

George Andrews v Greater Glasgow Health Board concerned a dispute between Mr Andrews’ evidence and medical records written at the time. Mr Andrews had accompanied his partner, Ms Graham, to Glasgow Royal Infirmary. She was assessed by a junior doctor, who diagnosed likely gastroenteritis, noting in the medical records that Ms Graham “would like to go home” and could cope at home. She was discharged and sadly died of an ischaemic bowel shortly afterwards.

Mr Andrews’ oral evidence was totally contrary to the records. He said it was “utter nonsense” to suggest Ms Graham wanted to go home as she was not fit to do so, worried about being discharged, and scared.

The doctor had no recollection of Mr Andrews or Ms Graham, and had to rely on the clinical notes in evidence. The judge, Lord Pentland, found Mr Andrews to have been an “impressive witness” who gave “cogent evidence that the deceased did not want to be discharged…”

His position was supported by two other pieces of evidence: a complaint email he wrote shortly after Ms Graham’s death; and the minutes of a meeting he had with representatives of the Health Board. In both documents, Mr Andrews said Ms Graham was sent home despite being very ill, and he refuted that she had expressed a wish to go home.

Lord Pentland felt the clinical records were not an “accurate reflection of the deceased’s wishes” and Mr. Andrews’ claim was successful.

It is important to remember that acceptance of a person’s oral evidence does not necessarily go hand-in-hand with success in court proceedings. In Failes v Oxford University Hospitals NHS Trust, the Judge felt what had been recorded by the doctor in question did not reflect the actual picture, and there had been a breach of duty on the part of the doctor - but did not feel this was causative of any injury and the claim failed.

In Synclair v East Lancashire Hospitals NHS Trust, the Court of Appeal held that contemporaneous medical records are “inherently likely to be accurate.” It follows that, in the majority of clinical negligence cases, these records will form the starting point from which the court will begin its analysis; however, it is reassuring to know they will not simply be taken as read without scrutiny.

There are several points to be taken from a consideration of recent cases. First, simply because something is not in the clinical records, it does not follow that it was not mentioned by the patient. Inevitably, things will be discussed that are omitted; resources do not allow sufficient time for clinicians to note down every single detail, so a degree of paraphrasing is no doubt required. However, from the point of view of the courts, the most compelling evidence must, in most cases, come from the records made at the time – they are, after all, a primary source.

In some situations, it could be argued the patient’s recollection is likely to be stronger than that of a clinician. Whatever has happened is likely to be a relatively novel situation for the patient, and could therefore be expected to stand out in their mind, whereas the clinician will have presumably dealt with the issue on a number of occasions. Nevertheless, depending on the specific scenario, the patient may have been receiving strong painkillers, or been unconscious for elements of their treatment, so their recollection of events may not be entirely reliable.

Video recordings of medical consultations can now form part of patient records, and perhaps this is something that may become more commonplace as this issue has been highlighted in several recent cases.

At the end of the day, as with all litigation, there are no guarantees. To quote the bard, all we can hope is that ‘at the length truth will out’.

This article was originally published in The Scotsman on Monday 23 August 2020. 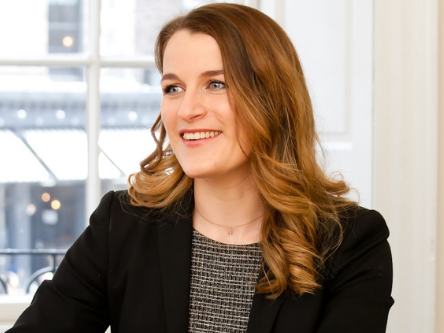