The latest result from the Employment Appeal Tribunal is another major decision in the gig economy.

On Wednesday 17 March 2021, the Employment Appeal Tribunal delivered their judgment in the case of Smith v. Pimlico Plumbers Ltd UKEAT/0211/19/DA. In their decision, the Tribunal held that workers will not be entitled to a payment for carried-over annual leave where it has already been taken unpaid.

Background to the case

This case was brought by Mr Gary Smith, who worked as a plumbing and heating engineer for Pimlico Plumbers Ltd between 2005 and 2011. Pimlico argued that Mr Smith was a self-employed independent contractor with no entitlement to paid annual leave, and therefore any leave that Mr Smith took during this period was unpaid. In May 2011, Mr Smith had his contract terminated. Mr Smith brought an Employment Tribunal claim against his employer, arguing that he had been subject to disability discrimination and that he should be paid for his backdated unpaid annual leave.

The first issue the Tribunal had to consider was whether Mr Smith had employee or worker status. The Tribunal found that Mr Smith was a worker and therefore entitled to the rights flowing from this status. Pimlico appealed this decision, however they were unsuccessful in their attempts before the Employment Appeal Tribunal, the Court of Appeal, and the Supreme Court.

Following this, the case returned to the Employment Tribunal, who dismissed both of Mr Smith’s claims. In regard to his claim for holiday pay, the Tribunal held that the claim was brought outwith the time limitations, as Mr Smith raised his claim over 3 months after his last period of unpaid leave. Mr Smith sought to argue that the time limit should run from the date of termination, on the basis that he was entitled to claim for carried over unpaid leave up to that date. However, the Tribunal held that this entitlement would only apply where the worker did not take annual leave because of the employer’s refusal to pay for it, and not in circumstances such as those of Mr Smith, where leave was taken and unpaid. Furthermore, the Tribunal held that even if Mr Smith’s claim was made within the prescribed period, due their previous holding in Bear Scotland Ltd v. Fulton (No.1) UKEAT/0010/16/JW, he wouldn’t be able to claim for earlier periods of unpaid leave where there were gaps of more than three months between holidays.

As a result of this decision, workers will remain restricted in the amount of backdated holiday pay they can claim where they have previously taken unpaid leave. With several recent cases in which “gig economy” workers have been granted employee and worker status, this will undoubtedly have a considerable impact on many future claims. 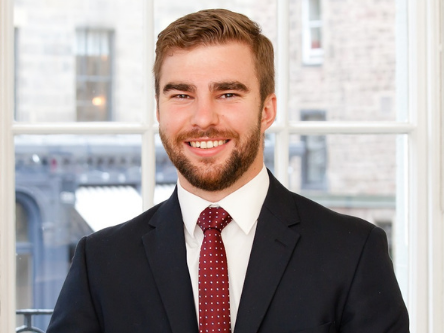