The UN Convention on the Rights of the Child: A new protection for children’s rights in Scotland

The Bill incorporating the UN Convention on the Rights of the Child (UNCRC) was passed unanimously by the Scottish Parliament last Wednesday, a huge victory for children’s rights and the recognition of them in Scotland.

The Bill incorporating the UN Convention on the Rights of the Child (UNCRC) was passed unanimously by the Scottish Parliament last Wednesday, a huge victory for children’s rights and the recognition of them in Scotland.

There are still steps to be taken before the Bill becomes law, and it is not expected to come into force until October of this year at the earliest. When it does, it will increase the tools available to protect children’s rights in this country. For example, it will require public bodies to act in a way that is compatible with the UNCRC; laws incompatible with it can be changed by the Government; and the courts will be able to strike down legislation or decisions by public bodies that are incompatible with the Convention. These protections, and the others enshrined in the Bill, will apply to the 40 rights in the Convention which apply to children under the age of 18.

The Convention is based upon four key principles:-

The specific rights in the Convention include the right to express their views freely, the right to have their best interests taken into account as a primary consideration in any matters concerning them, the right to live with and have contact with both parents, as well as rights such as freedom of thought, expression and religion, and freedom and rights to certain standards of life and rights to free from abuse and certain behaviours.

These are rights and principles which would we expect to be respected and protected, and it’s likely that the most significant change that the incorporation of the UNCRC brings about will be the checks designed to ensure that that is being done. The government will be required to publish a scheme to show how the requirements of the Convention are being met, and must review that scheme each year. Other public bodies listed in the Bill must report every 3 years. In addition to challenges to legislation and decisions that are contrary to the rights in the UNCRC, the Children and Young People’s Commissioner for Scotland and the Scottish Human Rights Commission will have powers to take legal action to protect children's rights.

These powers, if used to their fullest extent, will provide a real chance to check and test whether the actions and decisions of public bodies and, ultimately, our law, protects children’s rights in the way that we all would hope and expect it would. They give stakeholders a real chance to intervene and act where they feel that the rights of children are not being upheld and protected. It is to be hoped that the opportunities which the Bill presents will be grasped. 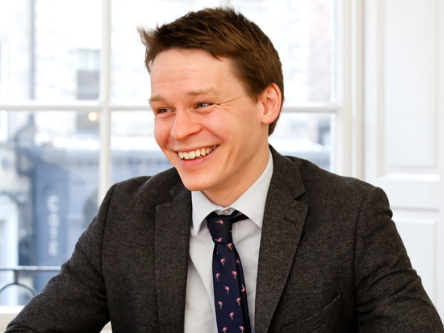