Anyone who works or has worked in the hospitality industry will know only too well the importance of customer tipping as a means of topping up overall income.

Anyone who works or has worked in the hospitality industry will know only too well the importance of customer tipping as a means of topping up overall income.

But research shows that many hospitality businesses that add a discretionary service charge onto customers’ bills are keeping part or all of these service charges, rather than passing them to staff. The government has today announced plans to enact new legislation which will hopefully put an end to this practice and help around two million hospitality workers in the UK – many of whom are on either National Minimum Wage or National Living Wage – to receive the full tips they have worked hard for. Before turning to the proposed legislation, let’s briefly discuss the current legal position as regards tips and service charges.

From a legal standpoint, it is helpful to split tips and service charges into three categories: (i) cash tips paid directly to workers; (ii) tips collected and distributed to staff via an independent ‘tronc master’; and (iii) tips distributed by the employer.

Category (i), cash tips, are legally the property of staff. Category (ii), tips and service charges distributed using a so-called ‘tronc system’, are held to become the property of the tronc master prior to distribution amongst workers. The tronc master, who may for example be a head waiter, acts independently of the employer in first collecting and then distributing the tips, and at no point do the tips become the employer’s property.

Category (iii) is the most relevant category to this article as it encompasses those situations where the customer’s bill refers to a ‘discretionary’ service charge (of, say, 10%) which the customer pays by means of a card payment. In these circumstances, the legal position is that the tip or service charge becomes the property of the employer prior to distribution amongst staff. As a result, unless the employer has a contractual obligation to pass the tips on to its staff, the employer can choose to keep them.

The new tipping legislation announced today will include a requirement for all employers to distribute tips to staff without any deductions having been made, and will also empower workers to request information from their employer about the employer’s tipping record. If an employer fails to adhere to this new tipping legislation, then it will be open to workers to raise a claim in the Employment Tribunal and claim compensation. Also included as part of the new legislation will be a Statutory Code of Practice, which will set out how tips should be distributed in order to ensure transparency and fairness.

There is no doubt that this change in the law is one which has been long awaited: it comes some five years after a number of high street restaurant chains, including Bill’s and Pizza Express, were accused of keeping staff tips and/or charging 10% “administrative costs” on processing service charge payments which been made by card. The coronavirus pandemic has arguably emphasised the need for reform, owing to the fact it has given new impetus to the UK’s move towards being a cashless society. 80% of UK tipping is now made by card, which is important given the distinction described above; namely, that while cash tips are automatically the property of staff, businesses who receive tips by card – and which do not utilise a tronc system – currently have the choice of whether to keep the tips or pass them on to workers.

The legislation is expected to come into force within the next year. 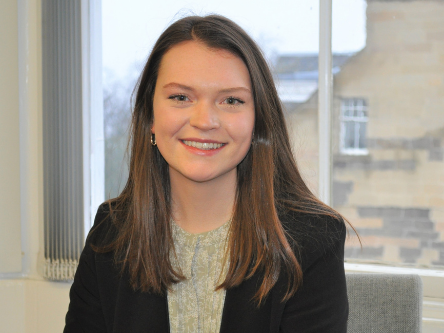