Fundamental human rights must be preserved

Efforts are under way to overhaul the Human Rights Act 1998 (HRA). The UK Government says this will restore "common sense" to the application of law in the UK.

The HRA is a remarkable piece of legislation derived from the European Convention of Human Rights (ECHR) and entirely separate from the EU. It allows claims in domestic courts for breaches of human rights and requires public bodies to comply with Convention rights.

Due to the expense and impracticalities associated with litigating in the European Court of Human Rights (ECtHR), and political pressure at the time, the HRA was enacted to incorporate the ECHR directly into UK domestic law.

A Government consultation paper outlining proposals to replace the HRA with a British Bill of Rights was published in December 2021. The paper seeks to preserve aspects of the HRA that (in the Government's view) “work well” while addressing concerns about sovereignty, separation of legislative and judicial powers, and balance between rights and responsibilities. It seeks to mirror the sentiment of Priti Patel’s Nationality and Borders Bill, citing cases involving foreign national offenders successfully appealing against deportation orders on grounds of ECHR Article 8, the right to respect for private and family life.

Repealing the HRA would not mean leaving the ECHR. Proposals are primarily concerned with the operation of the HRA, rather than substantive Convention rights or whether the UK should remain a Convention signatory.

The UK Government argues the HRA limits Parliamentary Sovereignty (central to UK Constitutional law) because HRA section 2 requires UK courts to "take into account" rulings of the ECtHR. The government proposes to repeal section 2, eradicating this obligation, claiming our courts rely too heavily on ECtHR case law and there is too much uncertainty how section 2 should be applied. In practice, any change to section 2 would make little difference; our courts are not bound by the rulings of the ECtHR but view them as an influential point of reference and guidance. The ECtHR itself gives considerable weight to the reasoning of national courts.

The Government claims the HRA creates a democratic deficit because the principles of implied repeal (if an Act of Parliament contradicts a previous Act, it shall be repealed) don’t apply. Section 3 requires UK judges to interpret the law in a manner compatible with the HRA and the ECHR. If the law is incompatible, our judiciary has the power to issue a “declaration of incompatibility”. This may not be binding on Parliament but carries significant political weight.

For example, a declaration of incompatibility concerning detention without charge of foreign nationals under the Terrorism Act 2000 meant the Government repealed the relevant provisions by introducing the Prevention of Terrorism Act 2005. HRA critics claim this undermines a democratically elected Parliament. However, section 3 is a practical, effective means of identifying deficiencies in Westminster primary legislation, consistent with doctrines of the Separation of Powers and Parliamentary Sovereignty.

Dominic Raab believes the HRA has led to “rights inflation” and says this Bill will stop free speech being ""whittled away by wokery and political correctness”. Many Conservative MPs claim the existing legislation encourages “spurious” legal challenges against public bodies.

The HRA and human rights protections are built into the devolution settlement by the Scotland Act. Legislation passed by the Scottish Parliament isn’t law unless compatible with rights defined in the HRA. To overhaul the HRA would interfere with over 20 years of jurisprudence and practice developed in Scotland on that basis, risking unsettling devolution arrangements.

Human rights are a fundamental means of protection, especially for the most vulnerable. The Government proposals were met with alarm from legal experts and human rights campaigners who fear amending or repealing the HRA would undermine the protection of human rights.

Consultation concluded last month, so what next? If the UK Government continues in its efforts, it needs to propose a Bill containing specific wording of the new law. It would then need to be passed by both Houses of Parliament and scrutinised by the Joint Committee on Human Rights.

Any reforms must be supported by robust evidence, not just political rhetoric. Fundamental human rights and freedoms must be preserved.

This article originally appeared in The Scotsman on Monday 18 April 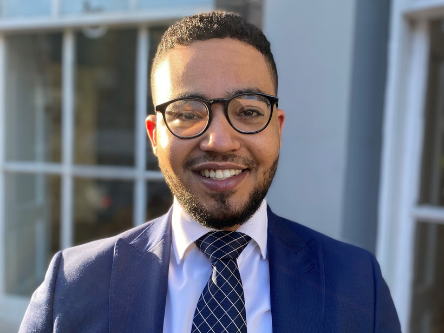