Wednesday 6th April 2022 saw the implementation of the Divorce, Dissolution and Separation Act (2020) in England and Wales, ushering in what the UK Government has called “the biggest shakeup in divorce law for more than half a century”.

Wednesday 6th April 2022 saw the implementation of the Divorce, Dissolution and Separation Act (2020), ushering in what the UK Government has called “the biggest shakeup in divorce law for more than half a century”.

For those of us North of the border it is important to remember that the law relating to divorce and dissolution of civil partnerships in Scotland is governed by different legislation, and that this new act does not apply in Scotland.

The Act makes several important changes to Divorce/Dissolution Law in England and Wales, but perhaps the most important is the removal of the old “grounds for divorce” and the institution of a single ground: that the marriage or civil partnership has broken down irretrievably. This is markedly different to the previous position.

Under previous legislation, there were five grounds for divorce in England and Wales, and four for the dissolution of a civil partnership:

Practically, this meant that, unless an individual seeking a divorce or dissolution could prove that their partner had acted unreasonably or committed adultery, they would have to wait for a period of between two and five years before a divorce action could even be raised.

As well as providing that the sole ground for divorce and dissolution is the irretrievable breakdown of the relationship, the new Act also makes the following provisions:

Of note, it was and still remains the position in England and Wales that parties can be divorced before having resolved issues in relation to any children of the marriage or partnership and their finances.

But what about Scotland? Scots Law has had a form of “no fault divorce” for some time, providing a mechanism for blame-free, amicable divorces and dissolutions of civil partnerships.

The current grounds for divorce/dissolution in Scotland are as follows:

In Scotland, one party is still required to raise an action for divorce and have that application served on their spouse or civil partner. There is no mechanism for parties to jointly make an application for a divorce, and if a divorce is raised on the grounds of adultery or unreasonable behaviour, it is still possible for a spouse or civil partner to contest the action on the grounds for divorce alone.

The vast majority of divorces and dissolutions in Scotland are raised under the first two grounds, with actions raised on the basis of unreasonable behaviour and adultery being less common. One reason for that is perhaps that in Scotland, financial provision on divorce requires to be sorted prior to or at the same time as a party seeks a divorce. The vast majority of couples resolve those issues privately without the need for court involvement. They are able to record their arrangements in a minute of agreement which is legally binding and enforceable document.

The changes implemented in England and Wales may well encourage conversations around the current law in Scotland. If changes have the potential to remove elements of conflict and blame from the court process and allow for greater autonomy in choosing when to separate, it is arguable that the existing non fault grounds of divorce should be reconsidered. However, even if the period of separation was to be dispensed with the reality in Scotland would be that there would still need to be sufficient time to resolve all issues prior to a divorce being finalised.

If you are going through a separation and would like to discuss your options, get in touch with a member of our family team today and we would be happy to assist. 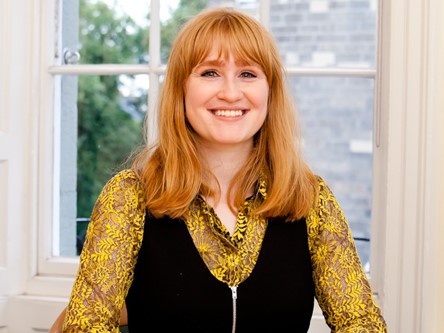