Law is my profession – but football has always been my passion. Sports Lawyer, Robert Holland, reflects on how combined his passion with his career...

I played my first 11-a-side game in 1981 at the age of nine and my last, aged 50, for Hawick United last month. In between, I haven’t missed a season for 40 years. I was lucky enough to play for some of Scotland’s best amateur clubs, like Spartans and Edinburgh City, where I captained the team on a number of occasions... 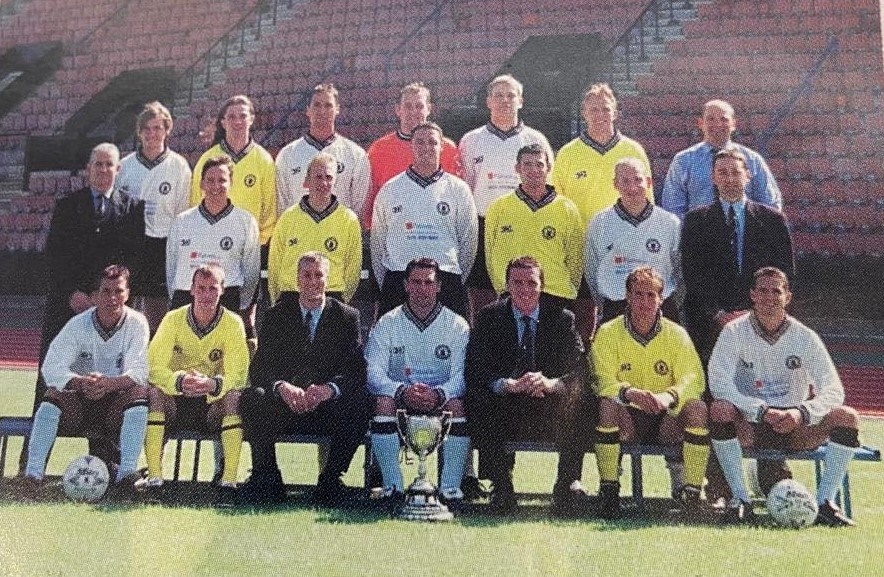 Robert Holland: Back row, 3rd from the right

As a youngster, I had trials for Hibs and later played a few times in bounce games for third division sides, but a professional career wasn’t to be. I’ve managed a couple of games for the Scotland over-35 national team, but very much down to my age, rather than skill!

Law was a pretty good alternative and luckily, I have been able to merge the two by getting involved in sports law through my career as an employment lawyer. Specifically, my involvement in football contracts has allowed me to have a continued involvement with the professional game.

In recent years, I’ve worked closely with Darren Walker, a friend from my footballing days who is now an agent, to ensure players are fairly treated when they leave a club.

Around the time of each transfer window, Darren and I will typically support five or six players who are being let go before their contracts expire. They need to secure a decent payment as they face up to the disappointment of dropping down into a lower league – or leaving football altogether.

On one level, I still get a frisson of excitement as I go into Easter Road or Tynecastle and imagine what might have been. But I also realise I’m doing important work. At a handful of Scottish clubs, footballers are reasonably well paid, but this is still not the glamorous life of the Premiership in England, or La Liga in Spain, with multi-million contracts and huge pay-offs.

As many in Scotland will know, some Scottish Premiership clubs can lose out on players because they can earn more in League 1 or even League 2 in England.

For those whose contracts are up, the only way (in 99 per cent of cases) is down – and it’s my job to negotiate the maximum settlement possible for them to ease that transition and help them think about the future.

This is likely to be their last decent pay day as wages fall when they drop into the lower divisions, or leave football and look for a new job. If you can negotiate an extra £10,000 for them, they are very grateful.

The transition can be difficult as footballers are quite protected. When they come to a club, they are usually provided with a flat and a car and have their life needs arranged. Sometimes, when that rather cosseted existence is coming to an end, they need a social worker as much as a lawyer, and I can sometimes provide practical advice.

It’s not all contract pay-offs. I do wider work in football, usually arising from contractual disputes or injuries where there is potential negligence.

Early in my career, I was involved in the case of George O’Boyle and Kevin Thomas, the St Johnstone players who were seen taking drugs on a Christmas night out. I also got involved in a personal injury case where a physio had allegedly failed to spot a player’s serious knee injury.

I’m also involved in interpreting contracts for Darren in England and Portugal and I give regular advice on disputes involving players, one of which went to the Court of Arbitration for Sport.

I also act in other sports, including rugby, curling and gymnastics. Sport can be quite litigious and many of the cases I deal with are disputes involving governing bodies and alleged breaches of their rules.

I love all sports – and being involved in sporting disputes – but it’s football that makes me really excited. I still get that tingle when I go into the inner sanctum and although I love my legal career, I think that if I had to choose, I’d rather be in a changing room smelling of Deep Heat and sweat, rather than the Court of Session!

This article was originally published in The Scotsman on Monday 6 June 2022.