The Ockenden Maternity Review – View from north of the border

It has been impossible to miss the widely publicised report of the independent Ockenden Maternity Review addressing care provided to more than 1,400 families by the Shrewsbury and Telford Hospital NHS Trust.

It has been impossible to miss the widely publicised report of the independent Ockenden Maternity Review. The review addressed maternity care provided to more than 1,400 families by the Shrewsbury and Telford Hospital NHS Trust, and prompted many heart-wrenching stories from families affected.

It is worth highlighting at this point that the National Health Service in Scotland operates entirely separately and is structured differently to NHS Trusts in England and Wales. There has never been such a wide-ranging review into maternity services in Scotland but statistics show that Scotland’s maternity services are not necessarily in better shape than their counterparts south of the border. According to National Records of Scotland, the annual rate of stillbirths and perinatal deaths are very similar in Scotland as compared to England.

One highly publicised aspect of the Ockenden Review was the emphasis placed on so-called ‘natural’ or ‘non-medical’ births, even when intervention to ensure the safety of mother and baby was necessary. Balfour+Manson has experience of cases involving delays in medical intervention during labour – for example, delays in carrying out caesarean sections when a baby is in distress, which can result in damage to both mother and baby which could have been avoided with the proper intervention.
Consent is a particular aspect of maternity care which is often overlooked. The case of Montgomery v Lanarkshire Health Board was a ground-breaking case arising from a failure to properly warn Ms Montgomery of the risks of her having a large baby due to her history of diabetes. She should have been advised to have a planned caesarean section and, had she been so advised, she would have followed that advice. The delivery of Ms Montgomery’s son was extremely difficult due to his shoulder becoming ‘stuck’ (known as shoulder dystocia), leading to oxygen deprivation and the development of cerebral palsy. Balfour+Manson took this case to the Supreme Court and won, changing the legal obligations on medical practitioners to include mothers in decision-making.

Balfour+Manson have assisted many women who have experienced delays in the identification and repair of perineal tears following vaginal delivery, with and without the use of forceps and/or ventouse instruments. A common theme in these cases, as in the Ockenden Review, is that women did not feel listened to when they reported their symptoms to medical staff, or they did not feel confident and empowered to persist with their concerns. These injuries can have a profound and wide-ranging impact on a woman’s life.

If you would like to discuss antenatal, perinatal or postnatal medical care that you have received please do not hesitate to contact us.

We will be holding a virtual clinic on 16 June, which will be focusing exclusively on maternity and birth injury claims. Please do get in touch to book a free, no-obligation, chat with one of our experienced solicitors. 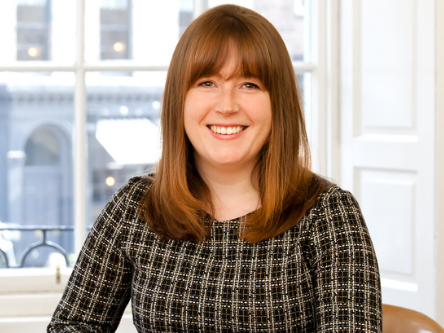