Legal firm Balfour+Manson enters the New Year by further strengthening its Private Client team with the appointment of James Hyams as Associate.

Legal firm Balfour+Manson enters the New Year by further strengthening its Private Client team with the appointment of James Hyams as Associate. 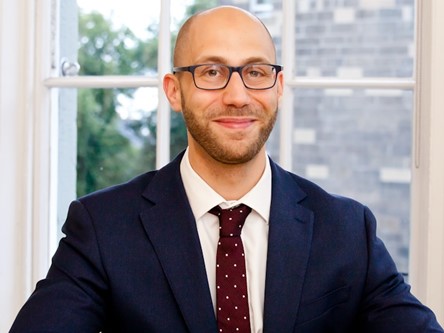 James, a law graduate from the University of Edinburgh, originally joined Balfour+Manson as a trainee in August 2015, following completion of his LLB degree and Diploma in Legal Practice. He qualified as a solicitor in 2017, training in Balfour + Manson’s Commercial Property, Employment and Private Client departments.

His promotion to Associate will see James continue to specialise in Private Client work, advising clients on a range of matters including Wills, Power of Attorney, Estates Administration and Guardianship issues. James is currently studying to become STEP qualified – the accreditation benchmark and top professional qualification for a Wills, Trusts and Executry solicitor, having so far completed three of the four modules.

“We are on a continual journey to harness the skills and help develop the next generation of lawyers and by appointing James, after carefully nurturing his career path since he joined us as a trainee, we know that talented individuals such as James will play a significant role in defining the future direction of Balfour+Manson.

He thoroughly deserves this appointment and will continue to make an important contribution to our continuing growth and success.”