Since the passing of the Scotland Act 2012, HMRC has been busy working out who will have to pay the new Scottish Rate of Income Tax (SRIT) when it is introduced in April 2016.  Those who have been identified as being Scottish taxpayers will shortly receive a letter from HMRC informing them of this.

The definition of a Scottish taxpayer is focused on where an individual lives, or resides, in the course of a tax year. For most of us living and working in Scotland it will be obvious that this is correct, but what are the implications of being classified as a Scottish Taxpayer?

The Scottish Budget statement will take place on 16 December and all are advised to note what is said.

From 6 April 2016 the Scottish Government will have power to vary the rates of income tax to be paid by Scottish taxpayers by up to 10p higher or lower than the equivalent UK rate.  Given that increasing the main rate of income tax may be unpopular with voters, it is more likely that the Scottish Government will make changes to the bands at which higher rates of tax start to apply as these are less obvious to the average voter. It is worth noting that the Scottish Parliament has had the power to vary income tax rates by up to 3p since 1998 but has never used that power.

As a consequence of some tax revenue being diverted to Scotland, there will be a reduction in the block grant it receives annually from the UK Government. In George Osborne’s recent Spending Review it was announced that the block grant for Scotland for next year will be approximately £30 billion. Scotland must make the rest of the funds it needs through taxation and cost savings.

From April 2016 SRIT will be charged on the non-savings and non-dividend income of those defined as Scottish taxpayers. It will therefore apply to:

The SRIT will not apply to savings income (eg bank and building society interest) nor to dividend income.

The Scottish Government only has power over the tax rates and bands.  It does not have power over exemptions and reliefs and how these are interpreted and applied.

No extra record keeping is required unless your status as a Scottish taxpayer is not straightforward or not agreed with HMRC.  In that case you will need to keep records and documents to support the statements you make when you’re considering your Scottish taxpayer status.  In any case it will be important to ensure that you inform HMRC of you current residential address and let them know straight away if you move house, particularly if you move to or from Scotland.

Taxes not devolved to Scotland

The UK GAAR is a General Anti Abuse Rule designed to be capable of being invoked when an abuse of the tax system has taken place which cannot be dealt with through existing specific anti-avoidance legislation or criminal law.  Avoidance is broadly defined as being where a taxpayer has arranged his tax affairs in an artificial manner in order solely to achieve a tax advantage and for no other sensible or commercial reason. Abuse covers aggressive tax planning schemes.  There is a double reasonableness test for abuse.   Penalties of 60% are being discussed although it is not yet clear exactly when these would apply and whether there would be discounts for full voluntary disclosure, cooperation etc.   No GAAR cases have made it to the courts yet for a ruling.

The Scottish GAAR introduced by Revenue Scotland is a much stricter General Anti Avoidance Rule.  The Scottish Government, when establishing Revenue Scotland and the new Scottish tax system, has set out from the start, as a matter of policy, to be strict in deterring, countering and punishing all forms of tax avoidance.  Their aim is to make the tax rules clear and the reporting and payment methods straightforward and to come down hard on those not complying with the spirit as well as the letter of the rules of the tax system.  It will be interesting to see whether the Scottish Budget announces similarly harsh penalties for those caught breaching the Scottish GAAR.

It is therefore more important than ever to keep good records supporting your tax calculations and to understand or take advice on what is required to pay the right amount of tax at the right time.

If you think that you have been identified incorrectly, what do you do about it? Click here to read our useful tips and guidance.

If you require any additional advice please contact a member of our tax team. 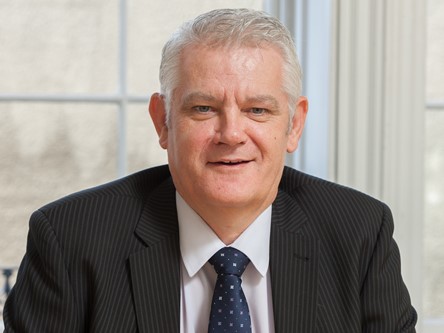